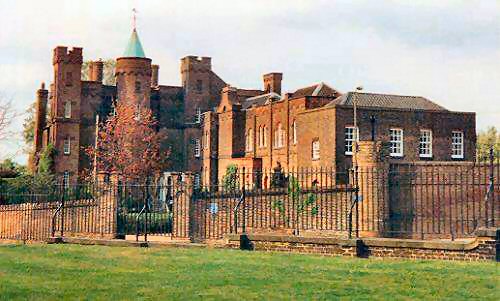 This is a fortress-like folly built by Sir John Vanburgh, or Vanbrugh, the architect and dramatist, for his own occupation when he was Surveyor to the Royal Naval Hospital in 1719. Sir John lived there from 1719 to 1726, as attested by a blue plaque outside. The castle is modelled on the French Bastille, where Vanbrugh was imprisoned on charges of spying for the British in 1690-92.

In modern times the building was until 1975 a school run by the Royal Air Force Benevolent Fund for the sons of RAF personnel killed in service; it was restored by the Blackheath Preservation Trust in 1977 and is now converted into maisonettes.