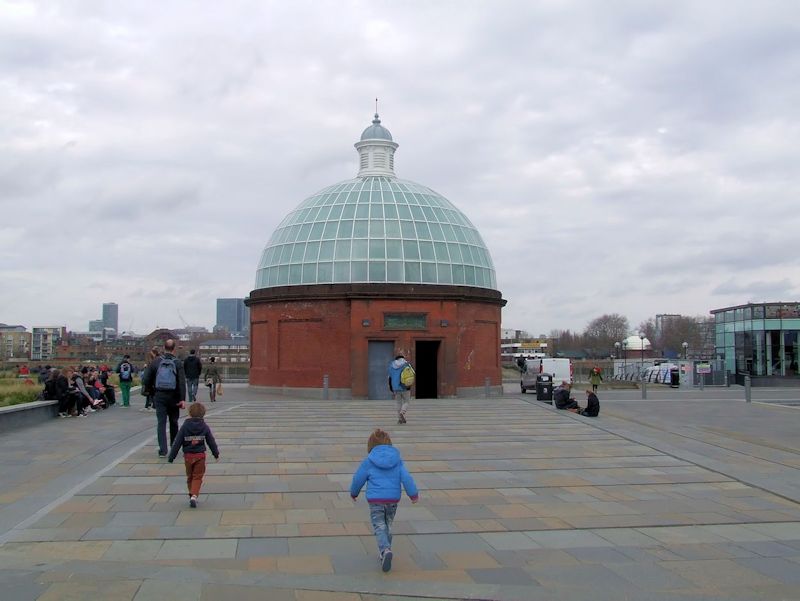 The Greenwich Foot Tunnel runs under the River Thames between Cutty Sark Gardens and Island Gardens, on the Isle of Dogs. It is 1,217 feet in length and approximately 50 feet deep. Its original purpose was to allow south London residents to work in the docks on the Isle of Dogs. It was designed by Sir Alexander Binnie and was opened on 4 August 1902 at a cost of £127,000. The tunnel is lined with 200,000 glazed white tiles.

The circular entrance buildings are similar both sides of the river and contain a lift and a long spiral flight of stairs. It is open 24 hours a day, although the lifts do not always run the full time. 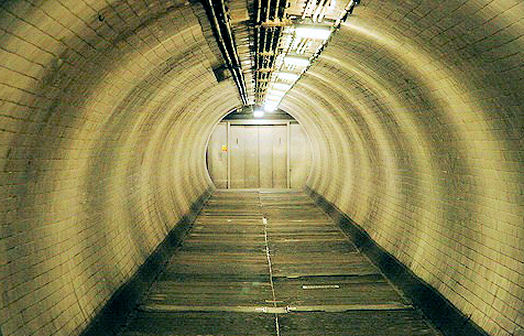 Inside the Foot Tunnel 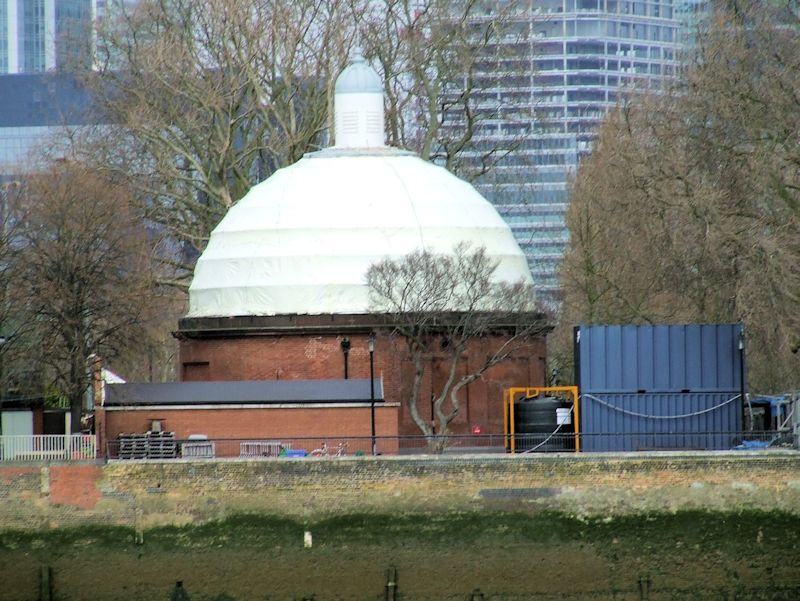 The northern entrance to the tunnel, on the Isle of Dogs. Click image to enlarge.