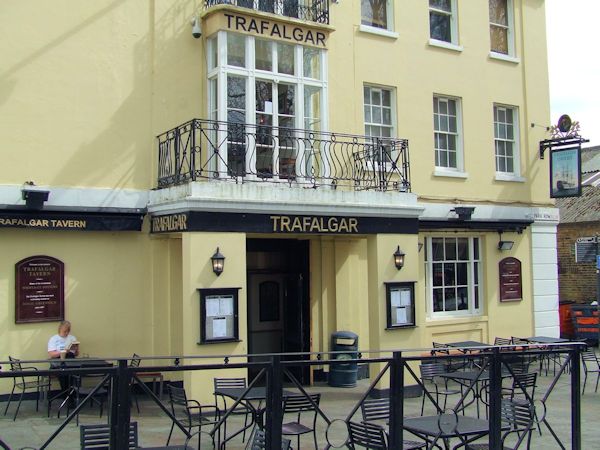 By Greenwich standards, the Trafalgar Tavern is positively modern, having been built in 1837. It quickly became famous for its whitebait suppers, with distinguished diners such as Charles Dickens, William Thackeray and Wilkie Collins arriving by river. The wedding breakfast scene in Our Mutual Friend is set by Dickens in the pub. The whitebait, a small fish, were netted in the river and cooked almost immediately, served with iced champagne or punch. They are still sold today in the restaurant.

Trade in the area declined towards the end of the 19th century and the building became in turn an institute for merchant seamen, a working men's club, and flats. However, in 1965 it was reopened as a pub after having been restored to its Victorian grandeur. 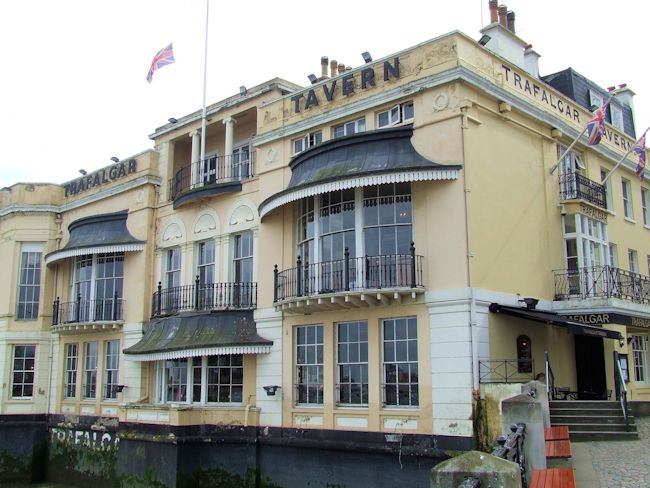