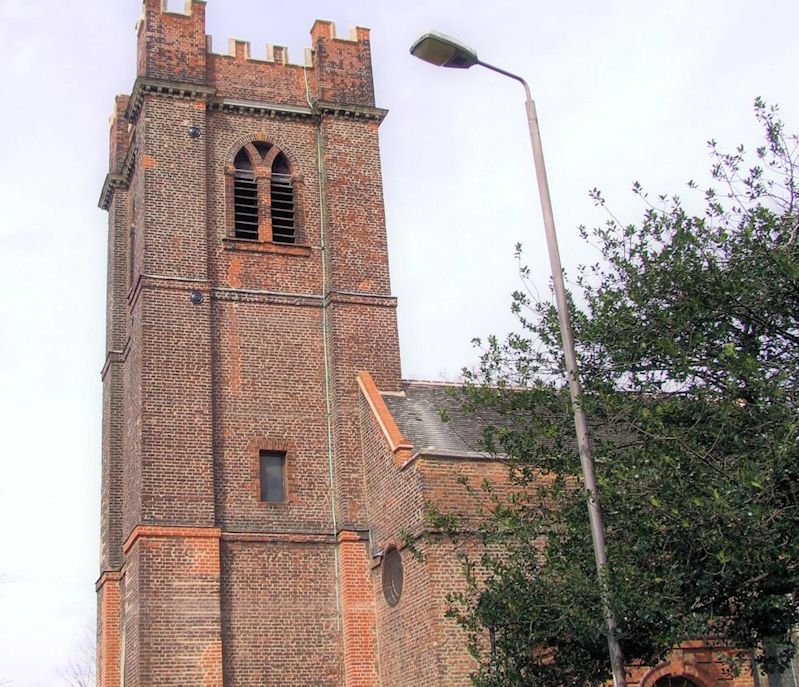 St Luke's Church is the Parish church for Charlton. Little is known about the original church of St Luke, although there is mention of it in 1077. It was built of chalk and flint, and would have been quite substantial, as it had to cover a much larger area; the parish at that time extended across Blackheath and as far as Kidbrooke and Lee. Records at Rochester, in which diocese the church then was, show the names of rectors since William de Orpyngton, who was appointed in 1273. A plaque on the wall near the entrance shows the list.

The present church was built on the site of the previous one in 1630 with funds left by the owner of Charlton House, Sir Adam Newton. The nave, south aisle, porch, and tower date from 1630, the north aisle from 1639. A new chancel was added in 1840. There were originally four bells in the tower, but they were put in storage during the second World War. Apparently, on their return journey after the war, two bells were stolen, and one was damaged so badly that it had to be scrapped. The remaining bell, with its 28 inch mouth, is back in the belfry, and bears the date 1818.

The only remaining old stained glass window in the church bears the arms of the Wilson, Langhorn, Smith, Haddon and Weller families. It was saved by having been removed from its place during the last war, whereas others were destroyed by bomb blast.

Spencer Perceval, (1762-1812) the only British Prime Minister to be assassinated, is buried here, and there is a plaque and bust to him inside the church. He is also remembered at Westminster Abbey, but since he was married to Jane Wilson of Charlton House he was buried in the crypt below the church. Curiously, another victim of political assassination is also buried here: Charles Edward Drummond, the brother of the then Rector, who was killed by a maniac in mistake for Sir Robert Peel.

There an impressive monument to Sir Henry Newton in the church, and many others to various squires and members of their families. A number of memorials to military figures are also to be seen, not surprisingly in view of nearby Woolwich, home of the Royal Artillery and the Woolwich Arsenal. An interesting plaque is to Lieut-General Sir William Congreve, first Baronet, who died in 1814. The inscription has a rather sour comment to the effect that although he saved his country a fortune, he never received any money himself. His son, also William, invented the Congreve rocket, which was used as late as 1860.