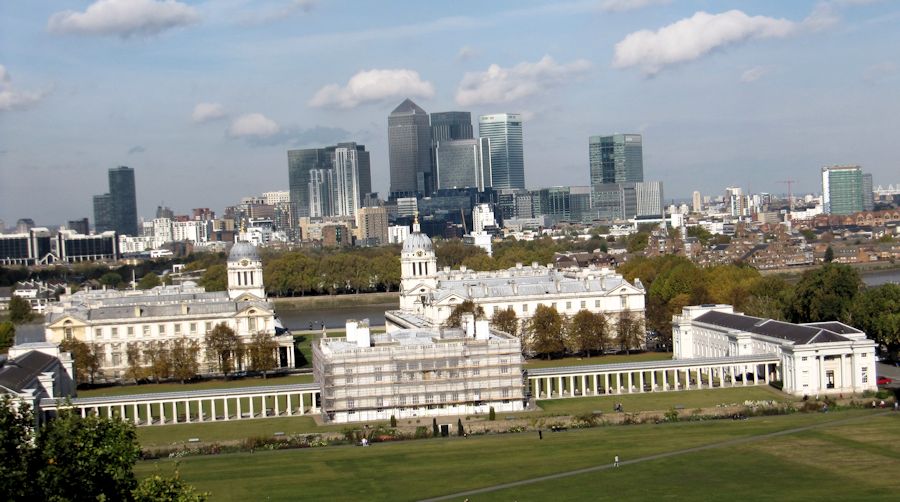 The Museum from the Observatory

The National Maritime Museum is formed from the Queen's House and two separate wings, joined by colonnades. See the separate page for information on the Queen's House. The museum was first opened in 1937. The west and east wings, plus the linking colonnades, were built in 1807-16 by Daniel Alexander. They were built as extensions to the Naval Asylum School, which had recently moved into the Queen's House. The west wing has become much larger than the east because of a number of later extensions, and this holds the main body of the museum. The east wing is nowadays mostly used for special exhibitions. The number of exhibits in the museum is enormous; the intention is to show the entire history of mankind's association with the sea. 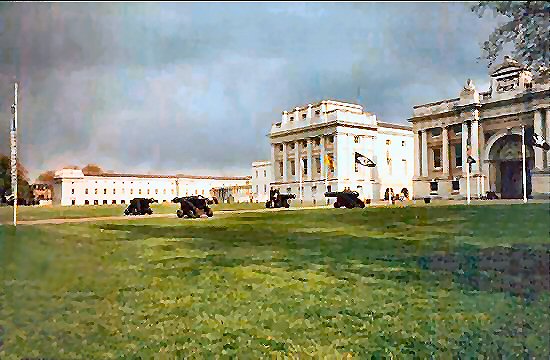 The Museum from the main entrance