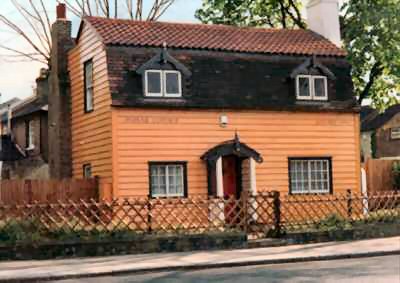 Just outside the entrance to the Blackheath Club's Rectory Field sports ground is this weatherboarded cottage, built around 1700. 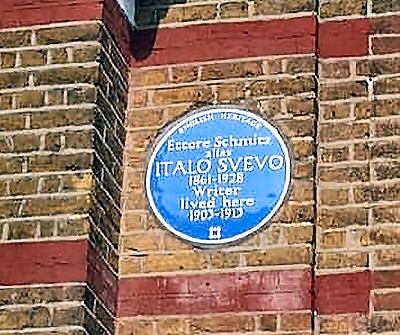 In Charlton Church Lane is the house where the Italian author Italo Svevo lived for some time. He is commemorated by a blue plaque erected by English Heritage. The wording on the plaque says, 'Ettore Schmitz alias ITALO SVEVO 1861-1928 Writer lived here 1903-1913'. His life was as intriguing as his fiction. Convinced that his early novels were a failure, he became a businessman until the Irish writer James Joyce, who was tutoring himin English, encouraged him to return to writing. His best novel, 'The Confessions of Zeno', is considered a masterpiece of psychological insight and Jewish humour. Click the photo for a view of the house itself. 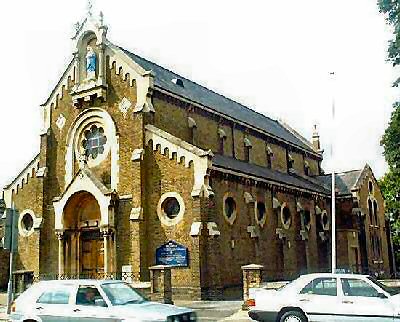 Charlton's Catholic community is catered for by Our Lady of Grace church and primary school. They are situated in Charlton Road, opposite Poplar Cottage (above) and the Rectory Field. The church was established by the Assumptionists Order. They settled in Charlton in 1903 after being expelled from France in 1900 due to the suppression of Holy Orders. The first nuns moved into Highcombe and set up a mission in Charlton. The current church was built in 1905.