Greenwich Day by Day is written by David Male and is published on this site by permission. Copyright © 2005 David Male. 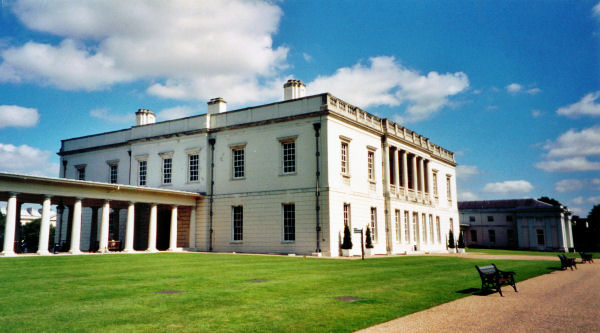 You can read Greenwich Day by Day by month, or by using the alphabetical index.

Hamilton, Nigel and Hamilton, Olive Royal Greenwich: a guide and history to London's most historic borough. The Greenwich Bookshop, 1969 (2)

Tinniswood, Adrian: His invention so fertile: a life of Christopher Wren. Jonathan Cape, 2001 (5)

Watson, Julian and Gregory, Wendy Free for All: a Celebration of 100 Years of the Woolwich Free Ferry. Greenwich Libraries, 1993 (6)

The Book of Days of Popular Antiquities in Connection with the Calendar ed by R. Chambers. W & R chambers, 2 vols, 1882 (31)

Bold, John and others Greenwich: an Architectural History of the Royal Hospital for Seamen and the Queen's House. Yale University press; English Heritage, 2000 (35)

The Wordsworth Dictionary of Phrase and Fable: based on the original book of Ebenezer Cobham Brewer. Revised by Ivor H Evans. Wordsworth Reference, 1993 (39)

Bagnold, A. H. Shooters Hill. [This history was originally published in Christ Church's parish magazine over several years in the 1930s.] (41)

Sobel, Dava Longitude: the True Story of a Lone Genius who Solved the World's Greatest Scientific Problem of his Time, Fourth Estate, 1996. (42)

I am most grateful for the generous help received from fellow members of the Greenwich Tour Guides Association, in particular: Don Simms (it had been Don's idea to publish a monthly list of day/dates as a useful tool to Greenwich Tour Guides and some of the Greenwich Days here listed emanated from his research); Stanley Payne, Gerry Cohen and Roger McLean. I am most grateful for the advice and assistance given by David Harris, of the Greenwich Foundation; and by Julian Watson and Frances Ward and to other members of staff of the Greenwich Local History Department, all of whom came to my rescue several times. I wish to acknowledge my debt to Dr Robert Massey, Astronomy Information Officer of the Royal Observatory, Greenwich, for the detail of the Transit of Venus on 8 June 2004.

Before completing the MS I was, and am, greatly indebted to two esteemed local historians: Mr. Neil Rhind, M.B.E. and the late Mr. Alan Pearsall, I.S.O., who were both equally kind, complimentary and helpful. Their useful, sensible and generous comments gave me the impetus to complete the work and I thank them both most sincerely.