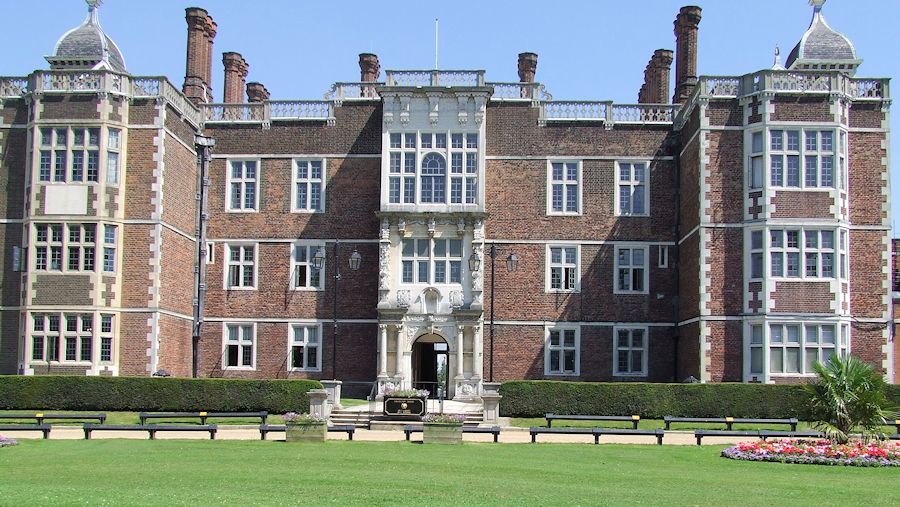 Charlton House is the finest and best preserved Jacobean mansion in the London area. The design is attributed to John Thorpe. Thorpe is one of the earliest known British architects, who lived c1560-1620. The House was built between 1607-12 for Sir Adam Newton, Dean of Durham, and tutor to Prince Henry, the son of James I, and older brother of the future Charles I. In 1612 the Prince died, but Sir Adam continued in a series of royal appointments until he died in 1629. The Royal connection can be seen (as was no doubt intended) in the Prince of Wales' feathers above the east door to the Hall, and in the Grand Salon, where there is also the royal monogram, J.R. (James 1) and the Royal Stuart coat of Arms in the west bay, and the Prince of Wales' feathers again, the Garter and motto "Ich Dien" in the east bay.

There is a large black and white marble monument to Sir Adam and his wife, Kathleen Puckering, in St Luke's Church. The estate passed to his son, Sir Henry Newton, on the death of Sir Adam. During the Civil War, Sir Henry, as a Royalist, had to leave Charlton, although his family continued in residence.

Sir William Langhorne was a wealthy East India merchant. He was deeply distressed that he had no children, and after his first wife died, although he was in his eighties, he took a second bride of 17. He only lasted two more months, however, and his young widow had not conceived. No doubt he died rather happier, though!

After Sir William's death in 1715 the House passed through a number of hands, and was empty or let to tenants a number of times.

Between 1767 and 1923 it was owned by the Maryon-Wilson family, who were responsible in 1829 for enclosing the village green in front of the House. This is why the original gateway to the House now stands apparently stranded in the middle of the front lawn. The final private owner was Sir Spencer Maryon-Wilson. During the first World War the building was used as a hospital for officers. The house and grounds were purchased by the Metropolitan Borough of Greenwich in 1925; originally used as a museum, the house is now used as a community centre, and much of the grounds are parks. At the rear of the house are the Walled and Sensory gardens which are relatively newly planted and are all open year round. One of these walled gardens was opened in 2006 as a Peace Garden.

The house has been much restored over the years, of course, but in most cases the restoration has been well done. The appearance is not much different to the original, although the original furniture no longer exists and the original chimneys were replaced by mock Tudor ones in the late nineteenth century. The North Wing, like the church, was bomb-damaged during the second World War and had to have extensive repairs in the 1950s. Unfortunately matching bricks were not available just after the war, so the repairs are rather obvious.

An extension to the south of the House was built in 1877 by Norman Shaw and became an excellent public library after the purchase by the local council. In 1991, in a fit of cost-cutting, the council decided that Charlton residents no longer read books, and closed the library. After a public outcry, a much smaller library was reluctantly opened at the other end of the House, in the old Chapel. The old library is now mainly disused, but is sometimes used for functions such as wedding receptions.

In the grounds nearby is a mulberry tree, reputed locally to be the first in Britain. It was planted in 1608 by order of King James I. This claim is, however, disputed; for instance, see the Groton Winthrop mulberry tree. A summer house or orangery also stands in the grounds, nowadays overlooking the road at the corner of the village, opposite the War Memorial and church. Its design is attributed to Inigo Jones (though many dispute this), and was built c1630. It was converted to a public lavatory (!) in 1938. For the past few years it has been closed to the public, even as a convenience.

Charlton House is not fully open to the public but it is used as a community centre and it is also a licensed venue for civil partnership or wedding ceremonies, and can also be hired for other functions. Capacity is up to 150 in each of 14 differently-sized rooms. You can expect to pay between £700 and £2000. If you are a GreenwichCard holder you can get 5% discount. See the Council's page on venues for hire. There is a café which is open weekdays allowing visitors to view some of the interior and the exhibition area. See also the Royal Borough of Greenwich page on Charlton House.

Below is a lithograph of Charlton House in 1858. Source: Wikimedia Commons 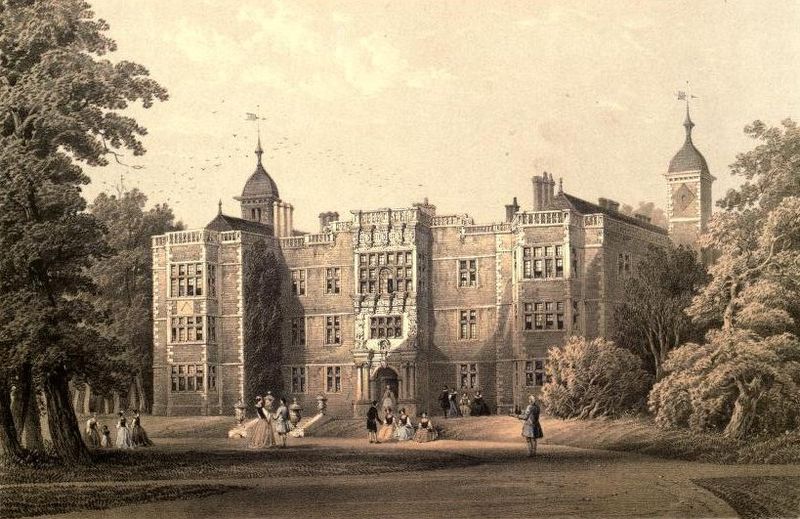 See the next page for more photographs of Charlton House and its grounds.